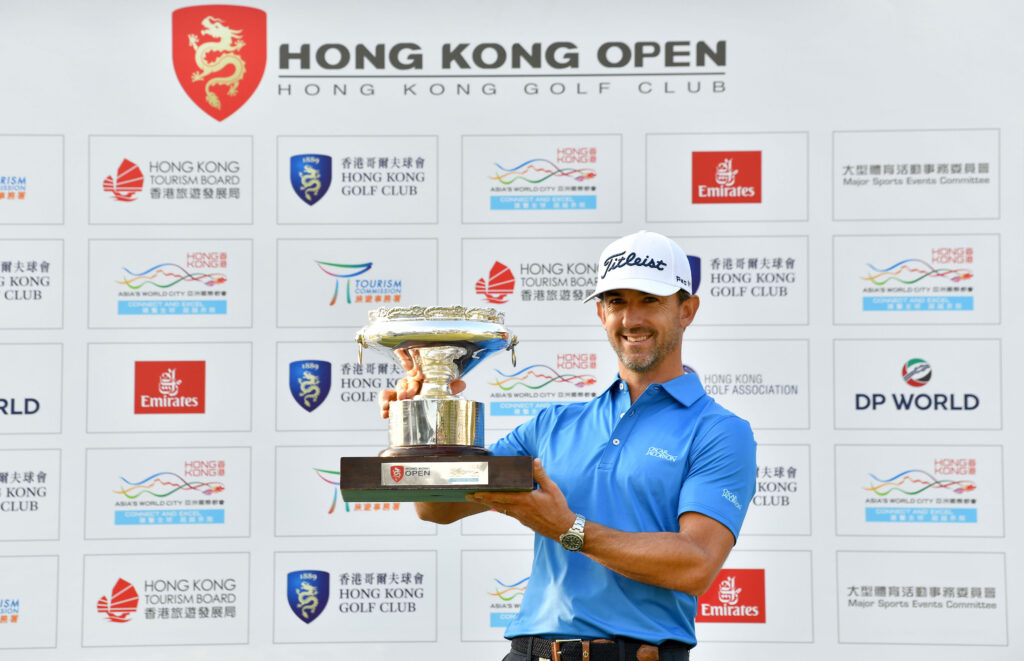 Australia’s Wade Ormsby won the Hong Kong Open for the second time when he cruised to victory by closing with a four-under-par 66 at the Hong Kong Golf Club on Sunday.

Unlike his first win at the Hong Kong Open in 2017 where he won by a single shot, Ormsby enjoyed a more comfortable victory as he triumphed by four shots over Major champion Shane Lowry of Ireland.

The Australian did not get off to the best of starts when he stumbled with an opening bogey. However, he recovered quickly with three consecutive birdies from the second hole before adding another on nine to take a five-shot lead at the turn then.

Ormsby birdied 11 but dropped another shot on 15 before another birdie on 17 effectively confirmed his wire-to-wire victory as he closed with a winning total of 17-under-par.

Lowry surmounted a late charge by storming up the leaderboard with a 64, having started the day six shots back of Ormsby in a share of ninth place. However, his gallant efforts were not enough to catch the Australian and he had to settle for second place.

Thailand’s Gunn Charoenkul enjoyed yet another top-10 finish as he posted a 69 to take third place while 2019 Asian Tour Order of Merit champion, Jazz Janewattananond carded a 68 to take outright fourth place ahead of American Tony Finau, who finished in fifth place after a 67.

Hong Kong teenager Alexander Yang continued to show what a remarkable talent he is. The 17-year-old closed with a two-under-par 68 in the final round to finish the tournament at seven-under-par in a share of 13th place in what was his first Hong Kong Open. His stellar performance saw him win both the Hong Kong Golf Club Trophy for the top placed Hong Kong player as well as the Sir David Trench Cup for the low amateur.

Terrence Ng (74), Leon D’Souza (76)  and Motin Yeung (72) finished the tournament in 55th, 59th and 65th place respectively. All three players will take confidence from their performances, making the cut into the weekend and knowing they can compete amongst such an elite field.

“It has been a really wonderful week of world-class golf, which was capped off in brilliant style by Wade Ormsby claiming his second victory here at Fanling.

“The performance of our four Hong Kong players in making the cut and really competing over the weekend was another real highlight and bodes very well for the future. The success of this championship really underlines our commitment and that of the Hong Kong Golf Association to the ongoing development of the game locally.”

The Hong Kong Open will return to Hong Kong Golf Club for the 62nd edition of the tournament in November 2020.