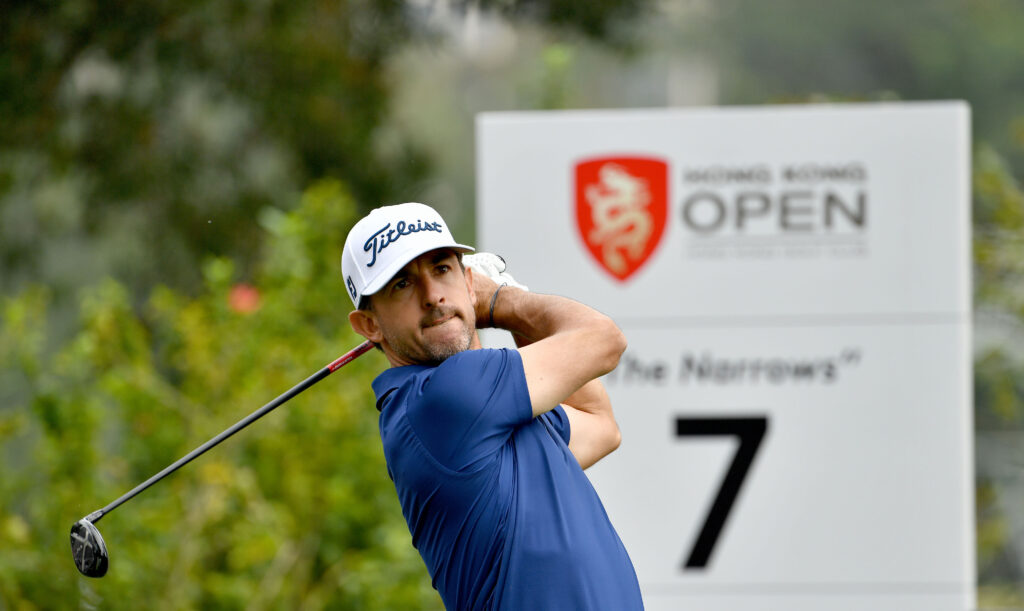 On a day that goes down as one of Hong Kong’s most impressive showings at its national open, Australia’s Wade Ormsby held on to his lead when he returned with a second round four-under-par 66 to remain as the front runner at the Hong Kong Open on Friday.

Ormsby, the 2017 Hong Kong Open champion, is bidding to win the tournament for the second time and he showed his resolve by putting up another solid performance with his two-day total of nine-under-par 131 to stay two shots ahead of India’s S.S.P. Chawrasia.

Chawrasia, who led for three rounds only to relinquish his lead to Ormsby in the 2017 edition of the Hong Kong Open, is looking forward to redeeming himself after charging his way back into contention with a flawless 63.

Australia’s Travis Smyth continued to show his affinity for the Hong Kong Golf Club with rounds of 66 and 68 to stay firmly in the mix, bracing himself for more weekend action in his debut at Hong Kong’s oldest professional sporting event.

Smyth is tied for third alongside India’s Shiv Kapur and the Thai duo of Gunn Charoenkul and Jazz Janewattananond with their 134 total.

Philippines’ Angelo Que, who lost in a play-off to Australia’s Scott Hend at the Hong Kong Open in 2014, signed for a 68 to trail Ormsby by four shots in tied-seventh place after trading four birdies against two bogeys.

Major winner Shane Lowry of Ireland posted a 66 to join Que in a share of seventh place at the Asian Tour’s season-opening event in Hong Kong.

In a new record for the tournament, four home-grown talents made the cut-line heading into the weekend. 17-year-old Alexander Yang continues to lead from the front, matching his first-round score of one-under-par 69 in round two.

Playing in the biggest professional tournament of his life, the California-based high school student appears completely undaunted by the occasion and remains focused on getting his name on the leader board come Sunday.

One shot behind Yang, at one-under-par is fellow amateur Leon D’Souza, who went one better than yesterday, also carding 69 on the par-70 Championship Course. Finishing with a near 40-foot birdie putt in front of the galleries on 18, D’Souza makes the cut for the second time and will fancy his chances of posting a good final score on a course he knows well.

A shot further back at even-par is Terence Ng who started strongly on the 11th tee, picking up two birdies on the front nine before dropping shots after the turn. With two consecutive par-70 scores, Ng makes the cut at the third attempt. Also making it through to the weekend was Motin Yeung who followed up his three-over-par round 1 score with an impressive round of two-under-par 68 on Friday.

The weekend cut was set at one-over with 70 players progressing into the final two rounds.

The tournament is free to attend for under 21s. For more information see www.thehongkongopen.com