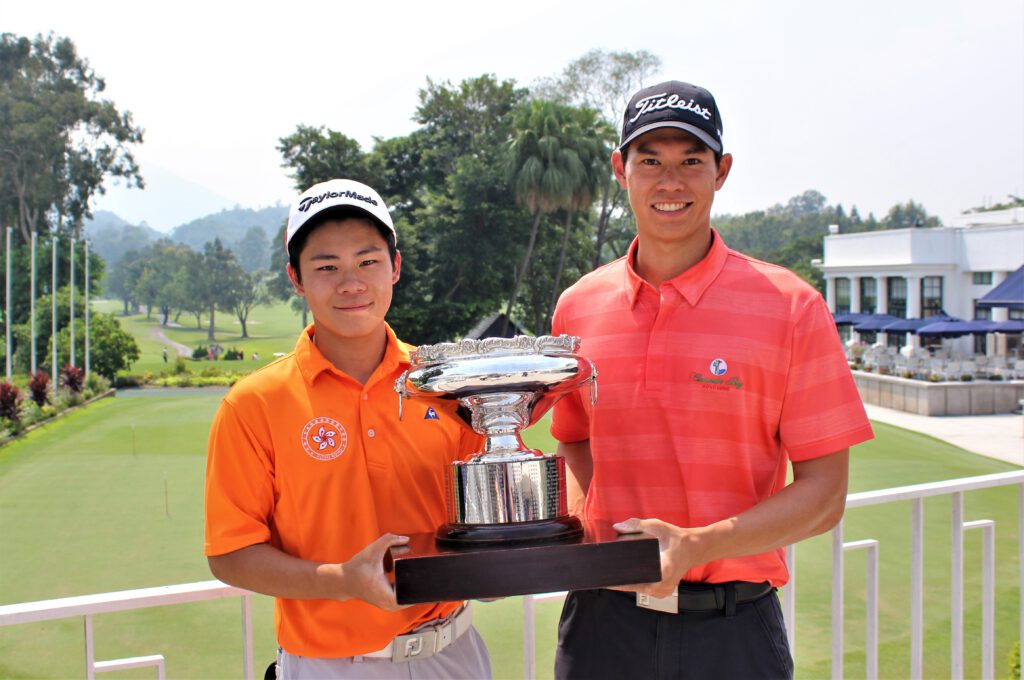 Six of Hong Kong’s brightest talents will be teeing it up alongside some of the best players in the world at the end of the month when they take their place in the 132-player field at the Hong Kong Open from 28 November to 1 December 2019.

19-year-old Chi Hin Lou Tan took the final spot available to local players following an impressive 10-shot victory after four rounds in the Hong Kong Open Amateur Championship at Discovery Bay Golf Club this week. He will join Terrence Ng, Matthew Cheung, Isaac Lam, Shinichi Mizuno and Alan Gibson in one of the most competitive fields at Hong Kong Golf Club, in what promises to be one of the stand-out editions in the tournament’s storied history.

Looking ahead to his Open debut, the 19-year-old, who has been part of the Hong Kong Golf Association’s junior development programme since 2009, said: “I’m pretty excited. Playing in the Hong Kong Open has been my motivation in the game since a young age and I now have that opportunity. It will be my first time, so I’ll be more focused on the process than the actual result, but it will be a good opportunity to test myself against such strong competition and get a real indication of where my game currently stands.” 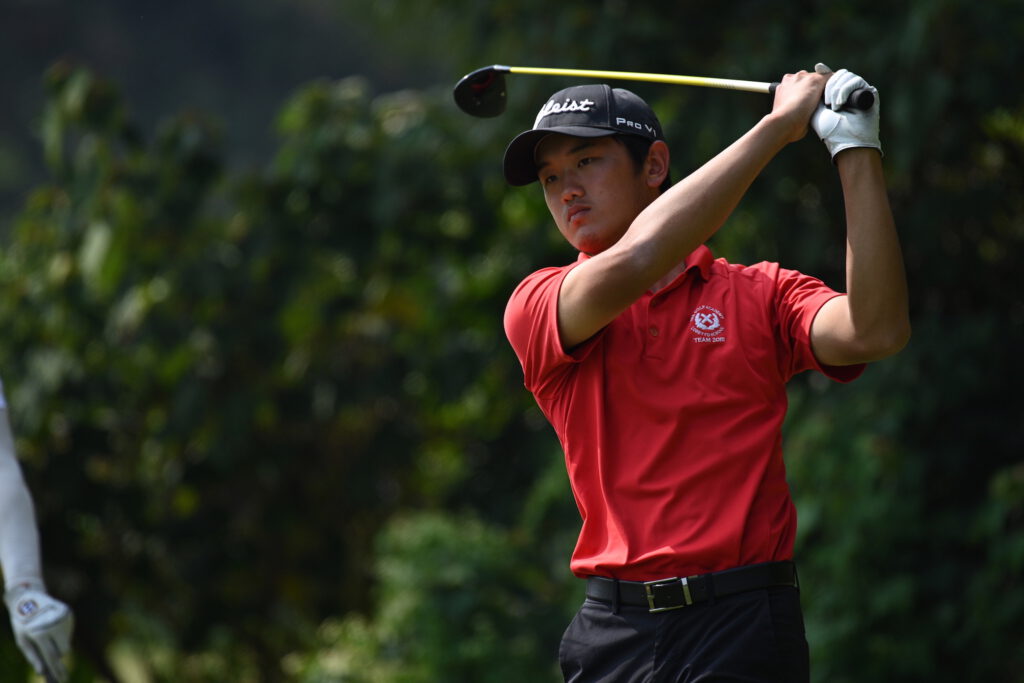 Terrence Ng secured his place in the Open following his third Hong Kong Men’s Close Amateur Championship title at Fanling during the Lunar New Year in February. He returns to the Championship Course for what is expected to be his last outing as an amateur, with the 25-year-old planning to turn professional in the new year. 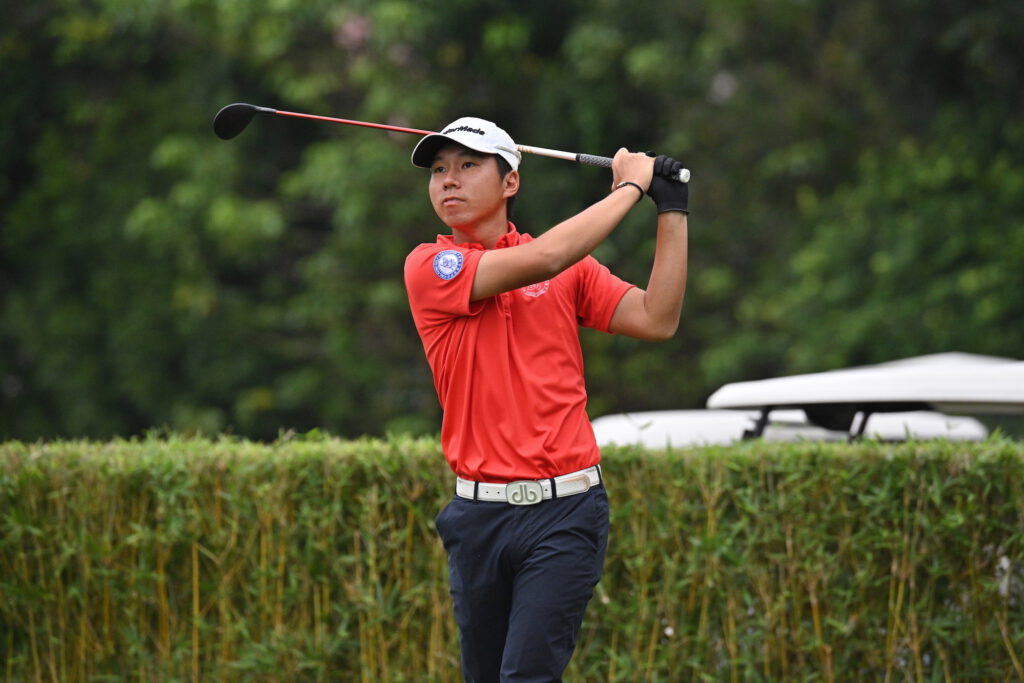 Matthew Cheung and Isaac Lam qualified following their respective first and second-place finishes in this year’s national qualifying tournament which was contested by 25 players at Hong Kong Golf Club at the end of September. Carding a superb 63 in the first of two rounds on the par-70 New Course, Cheung claimed his third start in the Open with a seven-shot cushion over second-placed Lam.

24-year-old Cheung, who is in his rookie year on the PGA Tour Series-China, said:

“It’s always a privilege to play amongst the European Tour and Asian Tour players, so I look forward to it. This is the biggest tournament I get to play with big crowds and big names, so it really teaches you to handle the stress and anxiety of the week while still learning how to play golf and to perform.

“I made the cut last year so hopefully this year I can do the same again and a little bit better. I didn’t finish well at the weekend, but hopefully a couple of good rounds to start, and contending would be great”. 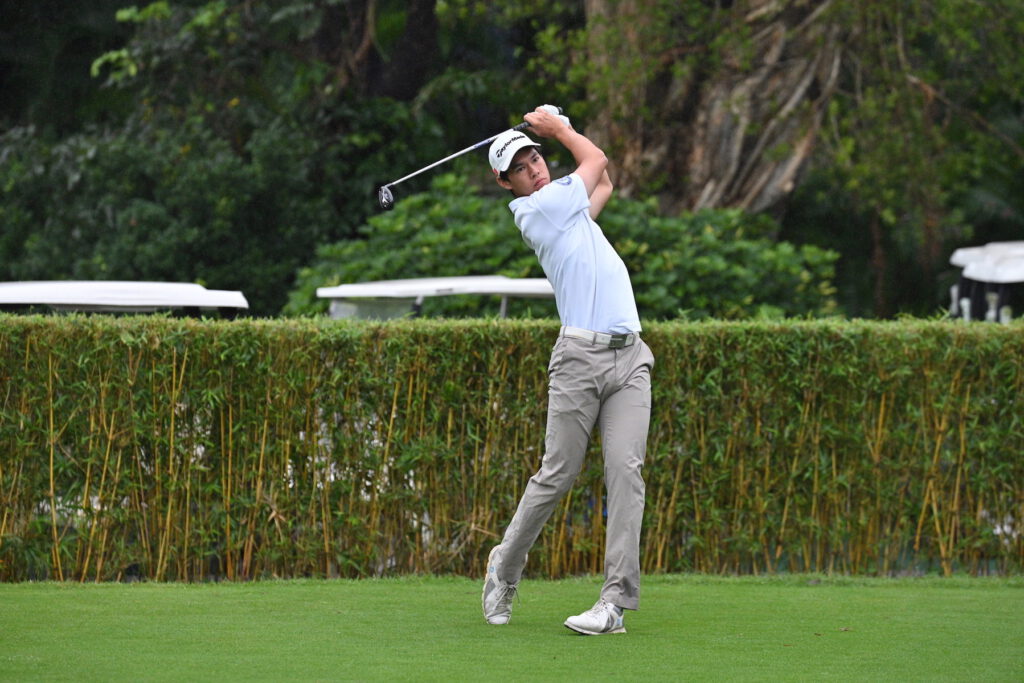 Lam has been a Hong Kong Golf Association national team squad member since 2015 and will be making his debut in the annual showpiece. The 20-year-old Reading University student added:

“I’m really excited to play in the Hong Kong Open for the first time – it’s a dream come true. I definitely feel nervous and a little bit of pressure, but I won’t put too much expectation on myself because it is my first time playing in front of such big crowds and on a course in really good condition. So it’s going to be quite challenging but I’m going to play my own game and see what comes”. 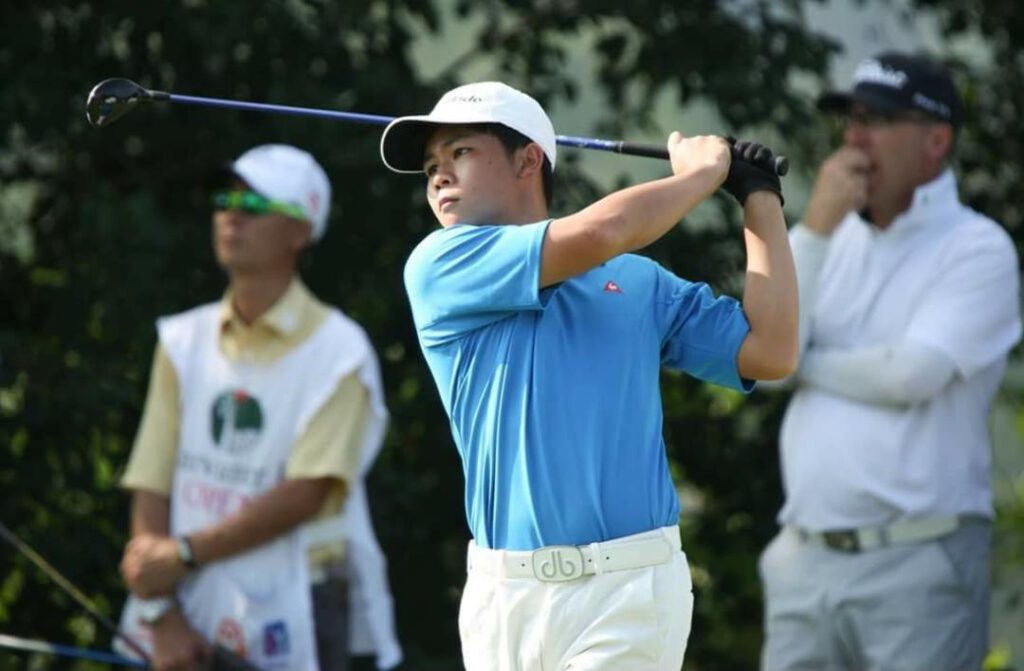 The amateurs are joined by Hong Kong Professional Golf Association Order of Merit winner Shinichi Mizuno who, at the age of 26, returns to the tournament for the first time as a professional. Nagoya-born Mizuno, also a product of the HKGA’s junior development programme, has played the Open on three previous occasions between 2012 and 2015, before turning professional in 2017.

The Discovery Bay Golf Club member, who is in his rookie year on the Asian Tour said: “It’s obviously very exciting to be returning to the Hong Kong Open as a pro and I would like to play well in front of the home crowd. At the same time, I need to boost my Asian Tour Order of Merit ranking so there’s a little bit of pressure on, but I hope the combination of previous experience and playing on a familiar track will stand me in good stead. I’m looking forward to it.” 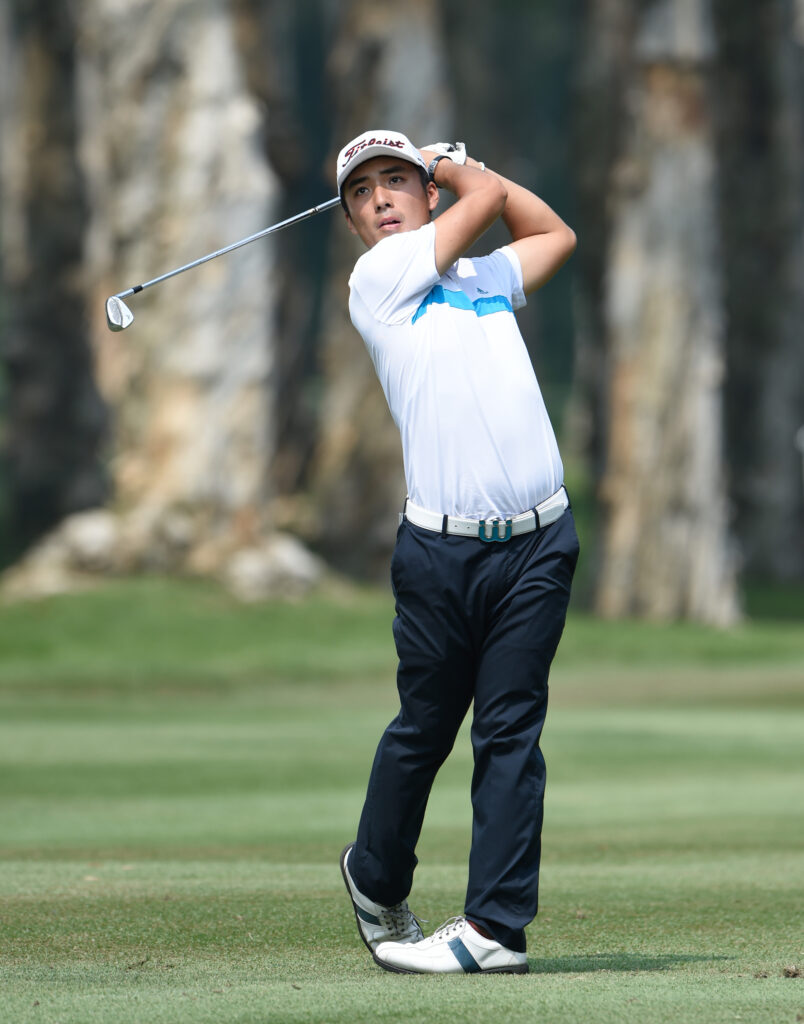 Hong Kong Golf Club and PGA Professional Alan Gibson makes up the field of Hong Kong based players. Gibson, who joined the Club in early 2015, is no stranger to the Open, having caddied for former champion Ian Poulter the year he joined. Originally from Scotland, he will be making his playing-debut in the tournament. 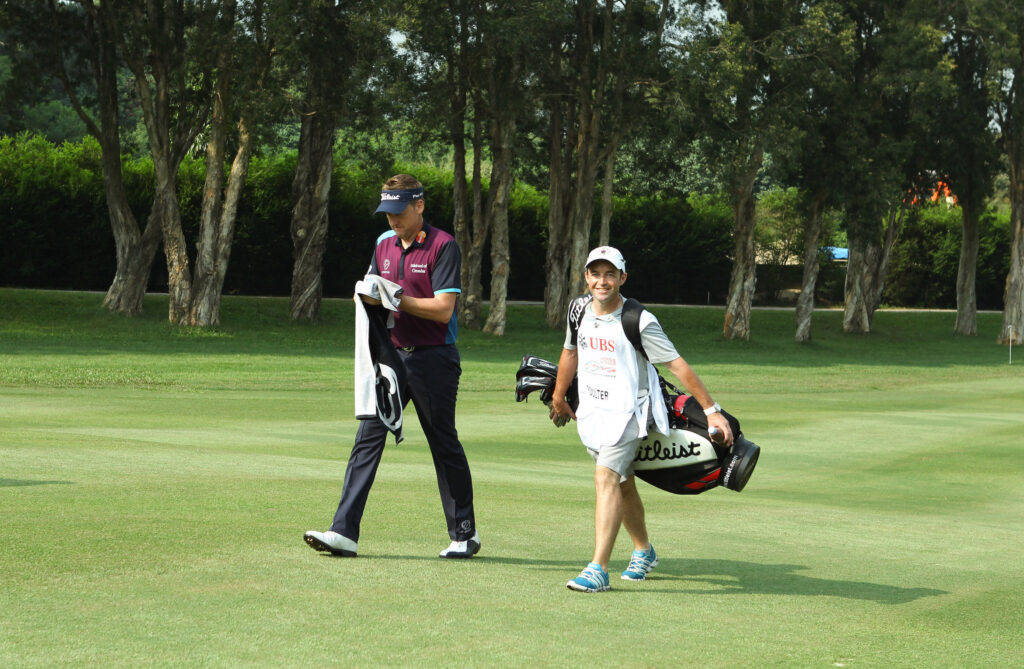 William Doo, Jr., Captain of Hong Kong Golf Club, said: “Providing opportunities for Hong Kong golfers to learn from the game’s best is a large part of what this championship is all about. The experience of playing in an event of this calibre will undoubtedly aid their golfing development, and on behalf of the Club, I would like to wish them all the very best for the week. They can all be assured of great support from the fans at Fanling.”

Kenneth Lam, President of the Hong Kong Golf Association, added: “Congratulations to all the HK qualifiers for this year’s Open. They deservingly earn their places in the field and now have the opportunity to test their skills against the very best in the world, here on home soil.

“It is always an exciting time for the Hong Kong Golf Association as the entire golfing community in Hong Kong stands united in supporting our home-grown players, some of whom have been in our program even before they were teenagers.  It’s years of hard work from the players, their parents and coaches and we wish them the best of luck.”