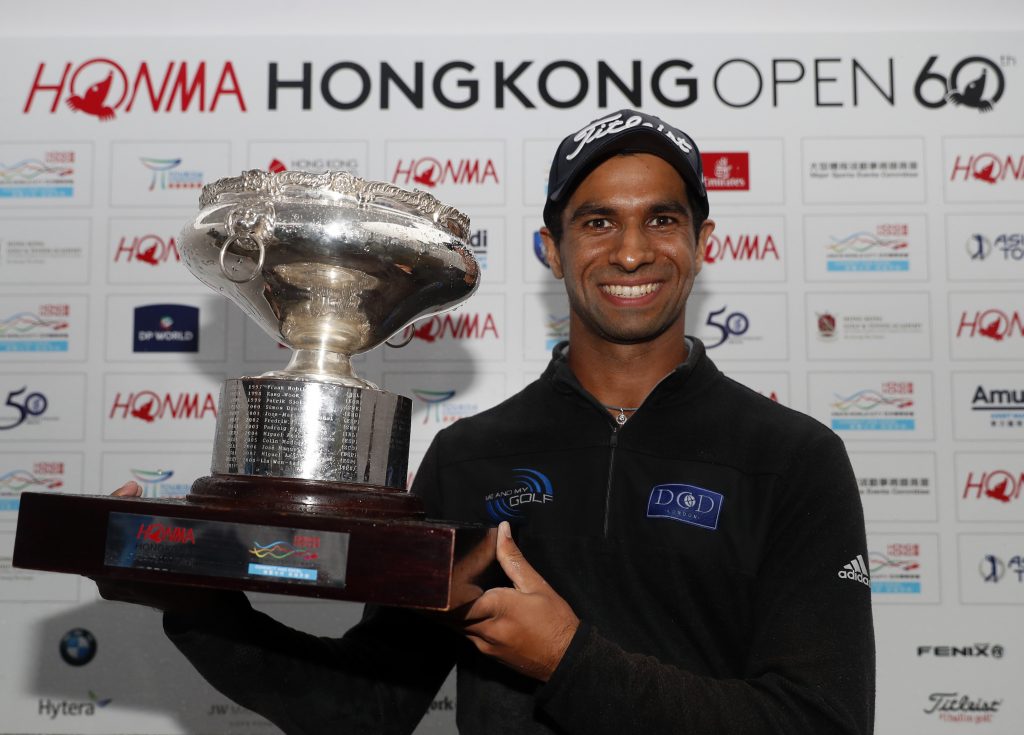 The 23 year old never actually surrendered the lead on Sunday but saw his six-shot overnight advantage cut to a single stroke by Fitzpatrick during a thrilling final-round battle in the pouring rain at Hong Kong Golf Club.

Five-time European Tour winner Fitzpatrick had fired seven birdies in his first 16 holes to pile the pressure on Rai but his challenge faltered when he carded his first bogey of the day at the 17th to give his compatriot a two-shot cushion with one hole remaining.

And despite carding a bogey at the last, Rai signed for a closing 69 to finish on 17 under par and open the 2019 Race to Dubai campaign with a stunning wire-to-wire victory in just his 46th European Tour appearance.

Fitzpatrick’s sensational 64 saw him finish alone in second on 16 under, with Challenge Tour graduate Victor Perez and Australian Jason Scrivener five shots further back in a tie for third place.

Scot David Drysdale was on his own in fifth after Sunday’s 66, while India’s Shubhankar Sharma and Spanish pair Sergio Garcia and Rafa Cabrera Bello were another stroke back in a share of sixth.