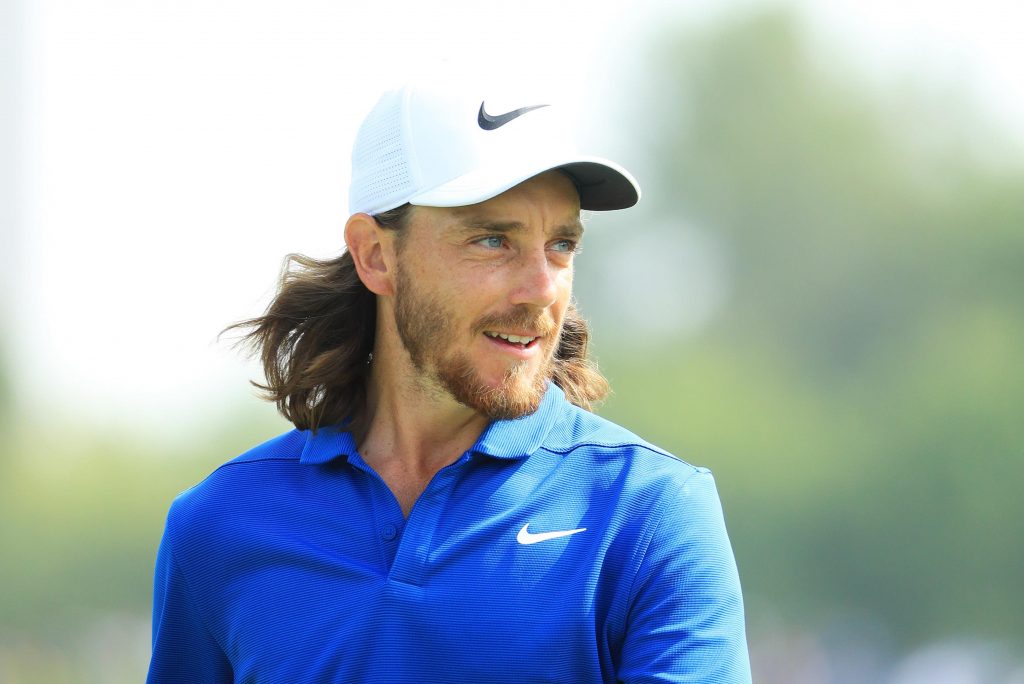 The 2019 Race to Dubai has not even started yet but Tommy Fleetwood already has his sights set on maintaining the form that saw him rise to the top of world golf when he tees it up at the HONMA Hong Kong Open presented by Amundi this week.

The Englishman currently sits ninth in the Official World Golf Ranking, a career high for the 27-year-old, and arrives at Hong Kong Golf Club in excellent form with 15 top 20 finishes pushing him to third on the season-long Race to Dubai Rankings presented by Rolex.

The Ryder Cup star would dearly love to be crowned European Number One once again and has an impressive track record in this event, finishing in the top six in both of his previous appearances.

Meanwhile, Rafa Cabrera Bello is hoping to make it third time lucky this week. The Spaniard has finished second in his last two starts at the event, losing out by a single shot to Australians Sam Brazel and Wade Ormsby in the 2017 and 2018 seasons.

His runner-up finish last term was his best result of another incredibly consistent campaign that saw him record a further five top tens, four of them in Majors, World Golf Championships and Rolex Series events.

Despite being one of the best performers in golf week in, week out, he has just two wins in the last nine years and would love a victory at a course that has seen countrymen José María Olazábal, Miguel Ángel Jiménez and José Manuel Lara share six victories between them since the turn of the century.

Tommy Fleetwood: “It is nice seeing places, and I think as golfers and just the nature of what we do, we don’t get to see places as much as we’d like to, so to do the odd nice little touristy thing is really nice, especially somewhere like Hong Kong. It’s one of my favourite places, so the more I get to see of it, the better.

“I think it was a great follow to what was the season of my life. I would have liked to have won another time after starting so strong and winning, and I think I played well enough to win a lot of the time, but always sort of had one round that cost me or made me fall just short.

“It’s a brilliant year. You have to remember how well you’ve done, and the two guys that finished above of me in the Race to Dubai were two Major champions. But the good thing to look forward to is I feel like there’s a lot many of improvement out there, so that’s still the exciting part.

“I think just over the course of four days my game just needs to stay a little bit more consistent. I said it a couple times last week, I’ve always fallen like one round short. I’ve always had one round that’s been poor, and I just need to make those rounds better.

“You’re always improving your game and you’re all looking at ways to improve it, so that’s the same.  Week in, week out, everybody does that, and you just have to do that in the smartest way possible.  But my consistency level was brilliant last year, and especially playing two different Tours, as well, so I was very proud of that. But again, winning is what we all want to do, so to do that I need to put four rounds together.

“We’ve already spoke about the city, but the course, I feel the last two years, it’s set up nicely for me. It is quite a big patience game because you feel like there’s a lot of chances, but the course actually doesn’t give you that much in the end. Especially if the wind is swirling, it makes it very difficult. But in general, ball striking is pretty key. You can’t really play this golf course from off the fairways. You have to be on the fairway to score, and that’s obviously one of my strengths, so hopefully I can keep that up for just one more week.”

Rafa Cabrera Bello: “The game is feeling good. I’ve hit the ball well. I played decent last week, didn’t get it going on the greens but overall tee-to-green, I was very solid.

“I know it’s very close to be up there again. Hopefully I can draw back from nice memories and good experiences here in the past and let’s see if I give myself a chance again this year.

“It’s a really cool city. I’ve played well here before and it’s a place that’s treated Spanish golfers very nicely. I enjoy the time I spend here and that’s why I come back every year.”