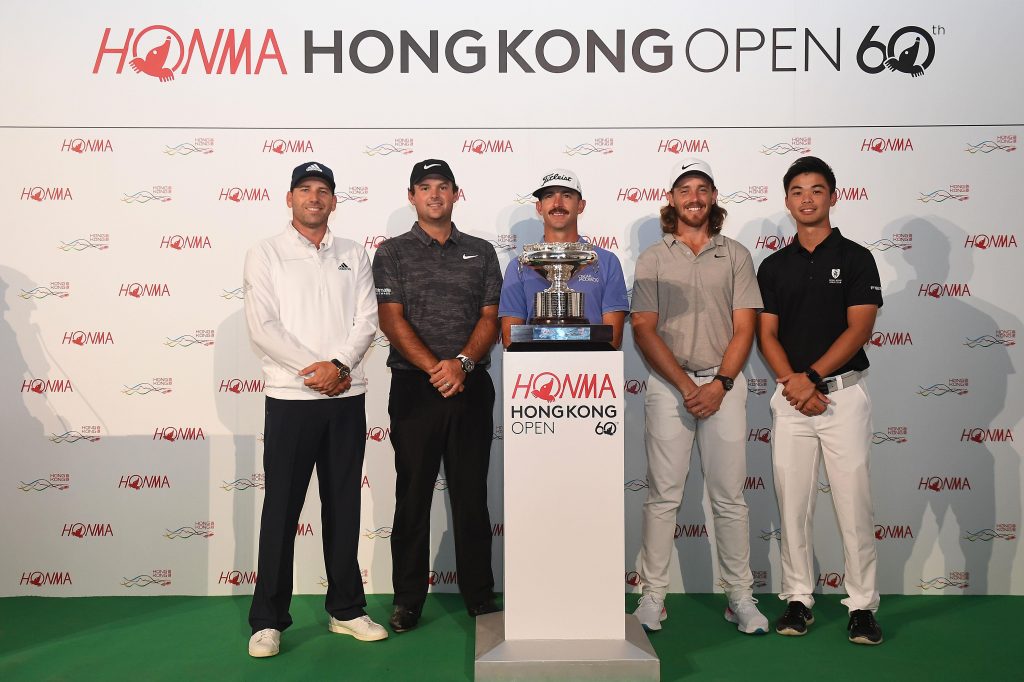 Wade Ormsby is hopeful this week’s defence of the HONMA Hong Kong Open presented by Amundi title will be the first of many as the 2019 Race to Dubai gets underway in Fanling.

The Australian’s maiden victory at Hong Kong Golf Club last season came at the 264th time of asking and he went on to enjoy a career-best season, finishing 48th on the Race to Dubai Rankings presented by Rolex and making it all the way to the season-ending DP World Tour Championship, Dubai.

His last top ten came the week after his victory here but he has enjoyed some decent form in recent weeks and is now looking to kick-on once more.

This week he is joined by a world-class field in Hong Kong with reigning Masters Champion Patrick Reed, who took second place in the season-long rankings and finished tied second last week in Dubai, and is looking for his first regular European Tour event victory.

Spaniard Sergio Garcia made his debut at the event last year and is looking to continue his recent run of good form. Since being selected as a Captain’s Pick for The 2018 Ryder Cup by Thomas Bjørn, Garcia has had a top ten at the Portugal Masters, won three points at Le Golf National to become Europe’s all-time leading scorer, won the Andalucía Valderrama Masters hosted by his own foundation, and finished second at the Nedbank Golf Challenge hosted by Gary Player.

World Number Nine Tommy Fleetwood also returns to Hong Kong ready to kickstart his 2019 season campaign, along with local amateur favourite Kevin Lam, who is relishing the opportunity to play alongside some of the world’s best players.

Patrick Reed: “It’s one of those years that you always dream of. You always dream of winning your first Major, and then to just kind of play consistently and solid throughout the entire year, and to finish the season off correctly and going into Dubai and playing some really solid golf.

“Unfortunately being in a position to win a golf tournament, but to not quite get it done, and to finish second in the Race to Dubai means a lot. It’s definitely making me a little more hungry to go out and try to win the Race to Dubai, and try to cap off a couple wins on the European Tour and play well back in the States.

“I’m really looking forward to it. Any time I can come back and play in Hong Kong, it means a lot to me. I fell in love with this place the first time I came. Not only do I love the golf course, but kind of the nuances that the golf course has and the challenges it has, but also the city and the culture around Hong Kong is unbelievable.

“To come and spend a lot of time here and to just really enjoy the week, especially after a long season, to be able to start the year off coming here means a lot. It’s a great place to come and I can’t wait to get the week start.”

Sergio Garcia: “I think obviously it had up and downs, but I think I had a very good start and a great finish on the year. That’s where we stand right now, and the last I think four or five tournaments, top tens everywhere. So that’s obviously a positive, and you know, we’re hoping to finish the year on the same manner, kind of start the season in the same manner, and then take a nice, well deserved rest.

“It’s something very special to be able to host a tournament like we do at Valderrama with our foundation, and to be able to win the last couple of years, it’s extra special.

“It’s great. I came last year for the first time. We had a great time. The golf course is amazing, a really strong test for us. So you know, excited to be back here and hopefully we can play nicely, give ourselves a chance. It’s the kind of golf course that I enjoy playing, so we’ll see what we can do.”

Wade Ormsby: “It’s a bit weird walking into a golf tournament and seeing a picture of my ugly head on the walls.  No, I’m really looking forward to it.  It’s a golf course I love and a course that suits my game, so, it’s nice to come back and come to a place where you feel like you can contend.

“There’s a lot of great players here but obviously go out there and play my game and do my thing and hopefully I’m around the front come Sunday.”

Tommy Fleetwood: “It’s a great course and I think it’s one of those courses where it doesn’t need length to play tough, and the scoring is never that low. You find very few players that would have a bad word to say about the golf course. Most people love it and love the challenge, and it’s hosted the tournament for such a long time.

“I think that’s credit to the golf course when you have somewhere that has been a constant, you know, part of the Tour and hosting the event, it just shows the course, and everybody wants to play here and everybody has faith that it’s going to put up a great test. For me, I’ve not been coming here long but I’ve always enjoyed it when I have, and I like the challenges that it presents.”

Steven Lam: “This is my fifth time playing the Hong Kong Open, but for the previous four times, I didn’t do well, so I would like to take this chance to do well and try to make the cut because I didn’t always have this opportunity to play against some superstars I used to see on TV. Hopefully I’ll take this challenge and I hope I’ll enjoy the experience.”